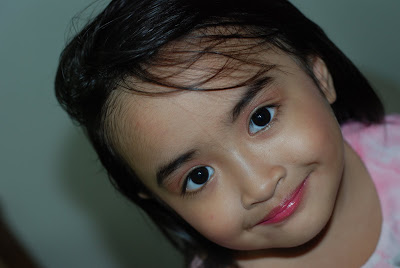 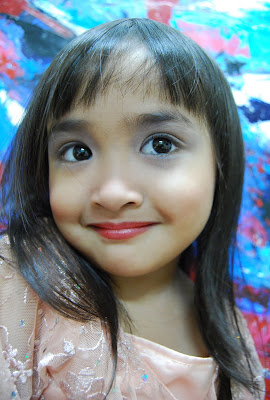 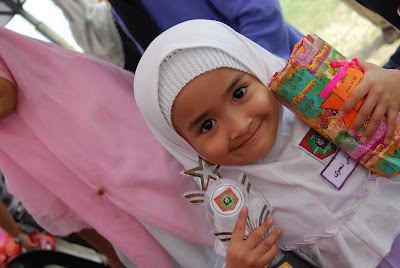 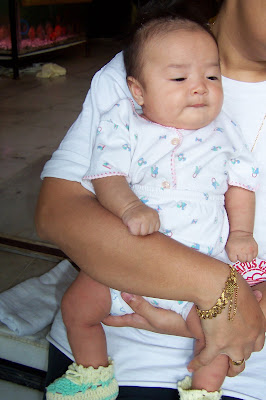 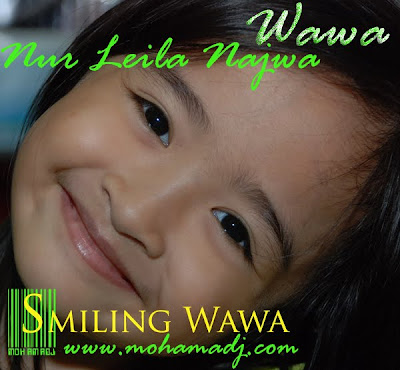 This day 6 years ago was the day I will not forget my entire life. It was the day my fifth daughter Nur Leila Najwa was born. It was at wee hours in the morning. I was happy and thankful to Allah for giving my wife a safe delivery.... I thought for once the long awaited suspens was over but it was just the begining.

As I returned home from the hospital that morning to bury her "termuni"; I received a called from my wife that Najwa had some complications. She was kept in the incubator for almost a week and finally the doctor told me that they had to send her to the general hospital. I was reluctant at first but the doctor was giving me with no choice. The ambulance took us to the Ipoh general hospital where the doctor there examined her and told me that her condition was critical and had to be awarded at NICU.

I had mixed feelings and confused. Don't know how to react and handle. I asked the doctor on the chances; he said even an adult will have difficulty to survive. I got the message and felt helpless and I heart was filled with tears. All I had to do was just hope she will survive. I pray day and night and recite yassin almost at every instances. I touched her tiny body and pray.... I my heart I talked and wisphered to her wanted her to live. After almost a week there I kept telling everyone I called or who called me to help me pray for her.

And finally miraculously she recovered. Syukur alhamdulillah was the best prayer I could say. Allah listens.

To me she is so special, different and understanding. I believe one day she would become a good leader in her field.

I am sad for not being able to celebrate your birthday as before this time around but I do hope you like my little gift to you. A gift that you probably be wanting so much.... Jerry costumes.... I know you like Tom and Jerry so much. I do hope you like.

Wishing warm birthday greetings right here from Doha. Happy Birthday Wawa may there be more to come and hope you be a pious daughter.
Posted by Mohamad at 1:00 AM
Email ThisBlogThis!Share to TwitterShare to FacebookShare to Pinterest