I never expected that time was running so fast and lots of things are happening in Malaysia while I am away. When I left Kuala Lumpur for a business trip in New Year, I was not aware of the up coming election although I know it is around the corner but the date is yet to be announced. I was informed last Wednesday the dissolution of parliament and later the Election Commission has announced the next general election will be held on 8th March 2008. It will be timely for me to be home for the election. To my surprise, I was informed two days ago, one of my foster brother Zahir will be nominated to contest in Kamunting, Perak.
"Sirih nak pulang ke ganggang" that was the exact word from Dato Abdul Khalid who was the ADUN for two terms way back in the 1970s. It was an emotional moment for him knowing the fact that his son Mohamad Zahir has been selected by UMNO to contest in the Kamunting constituency in the next general election. Insyaallah if god permits he will be nominated to contest next week. 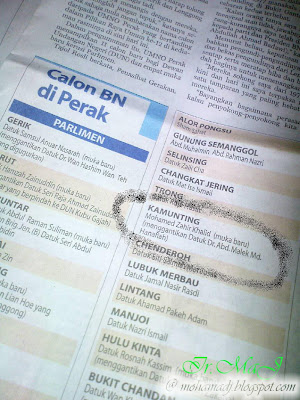 I remembered when I first met him in Canterbury, Kent in late 1980s where he was pursuing his A level. He kept mentioning being a politician and about his father political career. Deep inside me at that time, I know one day he going to succeed his father political career and I know his dreams will come true. He is like a brother to me, he usually confided me about life, relationships, study and career. I also encouraged him to join Universiti Teknologi PETRONAS (UTP) during my involvement in the construction of UTP project, where he was finally employed until last week. He has to let go his position there to contest in the next election. I have great confident in him and his capabilities if entrusted to be the "Wakil Rakyat". He has developed the skills through the years and ripe for the contest.

To me, this is the power of Dream. We need to have dream and goal in our life. Having a dream and goal alone is not enough, you need to go the next level which is to have a short and long term plan for your dream and gauge every single milestone you have set to accomplish your Dream/Goal. The stronger you believe in it, the stronger it will drive you towards it. At least, I am proud that he has taken my words of advice seriously way back in the 1980s and now he is about to make it a reality. Well done Zahir! You are in the right move. 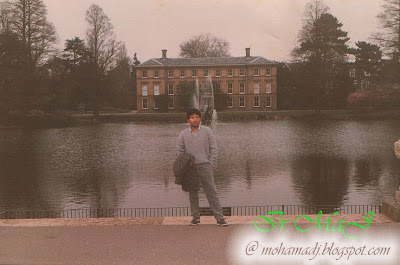 This picture of his was taken in Kew Garden in London. 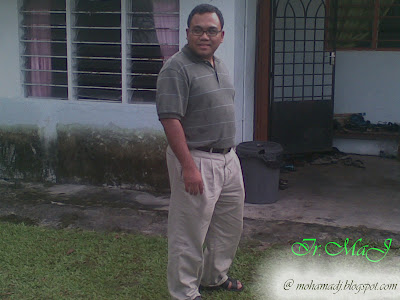 I pray for you Zahir, may your dream come true and remember, once elected you have a greater responsibility for the "rakyat" and do follow the foot steps of the "Sahabah" in leading the people and the cpuntry. I know you be the man I will proud off. Perhaps once I am back home from this trip, I keep in touch with you on how I could assist you in your election campaign.

Do you think I can interview you and feature you in my Blog? Hmmmmm....
Posted by Mohamad at 5:02 PM
Email ThisBlogThis!Share to TwitterShare to FacebookShare to Pinterest