What we are today is moulded by our past, our upbringing, our friends, our environment and surrounding. I would like to share with you the sweet memories I had when I was a student pursuing my undergraduate studies at Thames Polytechnic, Dartford, Kent or currently known as University of Greenwich in United Kingdom. These were some of the sweet moment. 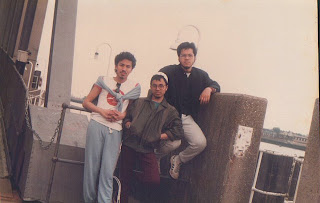 Just came back from playing tennis with Not and Kodi, Woolwich 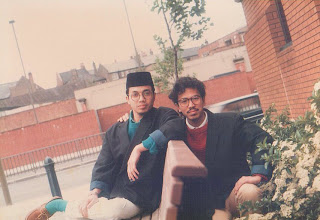 Kodi and I in Woolwich. Kodi has a brother named Kadi and who is going to be participating the in next General Election. Well Kadi always wanted to be a politician eversince he was in College. He did his A-Level in Canterbury and then pursue his degree in Economics and later Law. Very Ambitious and if faith is on his side insyallah we will be the wakil rakyat. Well sometime you never know when you were friends, that you friend going to be somebody one day. May all his wishes come through. I will try to get his picture on this blog soon. 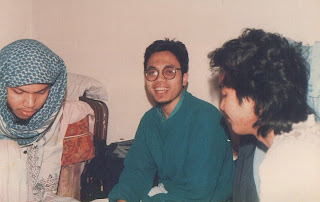 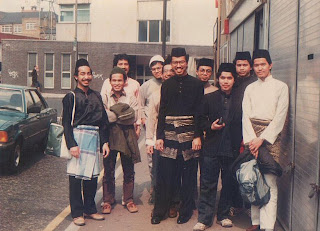 This was during Hari Raya. Senyuman di Aidil Fitri tapi senyuman tu macam di baut-buat kerana keesokkan hari nya ade final exam. Gitu la gara-gara hidup di sana. We have to make plan and set our priority right. Think ahead what you want to accomplish and don't ever have a last minute study. 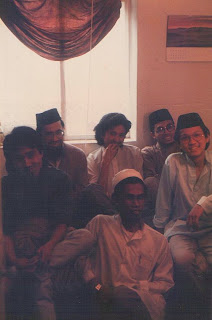 This was my room during Hari Raya. Nas ( lost contact), Qasim (met him recently now having the tittled Datuk), Ashaari (still in contact but have not met for a few year now, maklumla masing2 busy), Kodi (still in touch), Alfian (lost contact) and Zul ( still in contact). I liked to share something about Zul. I have known him for very long when I was at the Polytechnic. He is one god fearing and humble guy. It is good to have a friend like him banyak ikram i.e. tunaikan hak saudara tanpa menuntut hak dia. Thank you all of you for making my life so wonderful abroad. Moga allah merahmati kita semua. Amin.
Posted by Mohamad at 2:41 PM
Email ThisBlogThis!Share to TwitterShare to FacebookShare to Pinterest