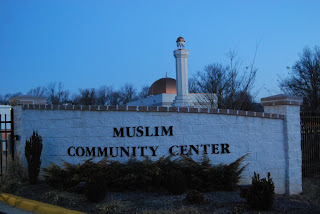 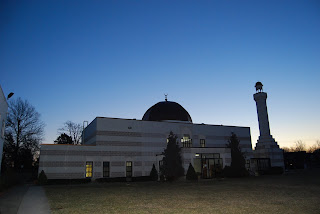 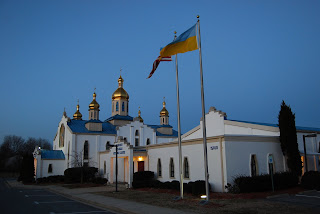 Ukarine Church next to the mosque 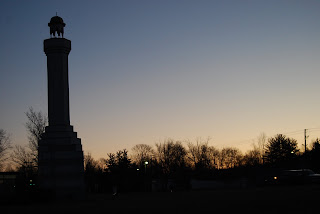 The Mosque at Sunrise

I spent the weekend at my wife's cousin in Washington. I arrived late last night by Amtrak train no 2171. I didn't do much activity as it was last. After having a chit-chat with Kak Ana and her family I went to sleep. Before I go to bed, Rasheed reminded me that Fajar Prayer will at 5.30am.
It was the usual call for Fajar Prayer at 5.40 am in Siver Springs, Washington. Brother Omar, woke up his family to get prepare for the prayer. Muhammad and Rasheed obdiently prepare themselves for Fajar prayer. The mosque was just across the street. I was touched when Brother Omar mentioned that the reason why they move to that house was to be close to the mosque and say the prayer there frequently. Thinking inside, we in Malaysia are blessed by having mosque and surau everywehre around the corner and yet we opted to pray at home. This is what we call iman. Even in the cold freezing winter, here the slave of Allah humbly go to his house to say the prayer.
The muslim comprised of a mixed ethnic group, local African American, Arabs, Pakistani, Bangladesh, African and I am the only Asian. The iman who is from Somalia is a hafiz and recite perfect surah in the prayers. After Fajar prayer, the iman gave a short sermon about islam.
It was so calm having to say the prayer in the mosque and look at the sunrise. I managed to capture some images of the early daylight. According to my nephew, Muhammad the building nex to the mosque is a Ukraine Church and there are also a few churches along the same street.
Posted by Mohamad at 7:30 PM
Email ThisBlogThis!Share to TwitterShare to FacebookShare to Pinterest