Izam and I goes a long way. We first met when both of us were involved in the Tower 2 Petronas Twin Tower Project. In fact he was my "Pengapit" when I got married. After completing the Tower project, we both go separate ways. I joined another project in UTP while he was involved in the Putrajaya project management sewerage system. Back then that will be the least in everyone's list to be the Project Manager to manage other people's shits. But through those years he become an expert in his field and was offered a job in Qatar local Authorities to manage sewerage all over Qatar. He has been here for about 2 years and plan to say here until he retires. He has been very helpful eversince I arrived in Qatar and since I don't have any relative in Qatar. I ended invite Izam and his family to "kenduri kan" my first salary.. Ambil berkatlah katakan. The Venue Applebee's, City Centre, Doha Tel: +974 4934880. 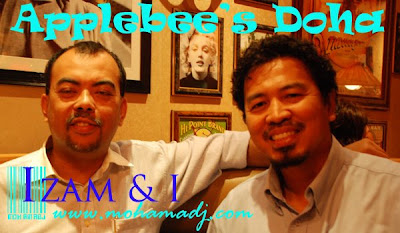 He fetched me at the Hotel at 7.15 pm and we went straight to the restaraunt. 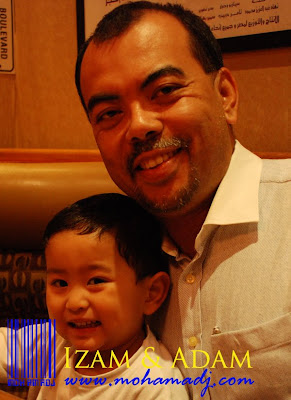 Upon arrival, we were ushered to the Family section and lucky Adam he received a drawing kit while waiting for the food to come. 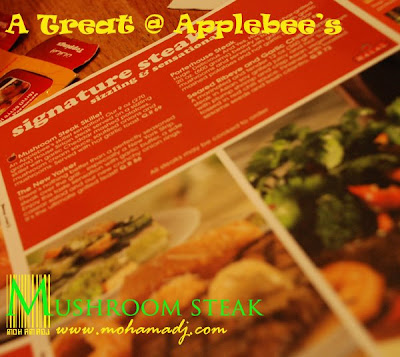 I told I want something western, I chose Mushroom Steak and I was perfect. I hope I don't gain any extra inches in my waist or else I have to double by effort in the gym tomorrow. 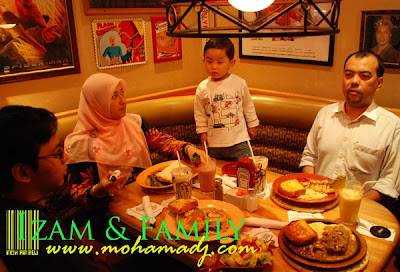 Izam started his doa for us before we start eating, I was touched by his prayer but that's what friends are for. 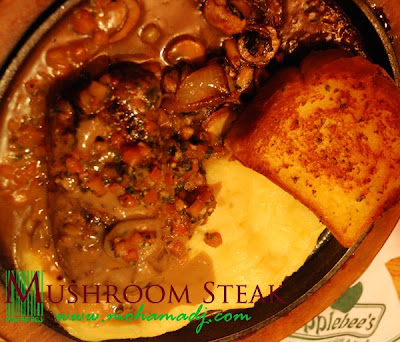 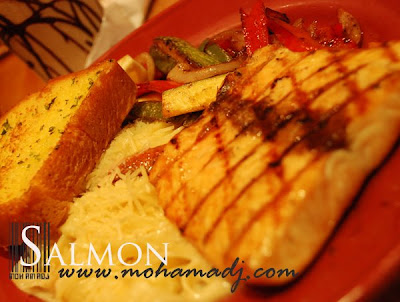 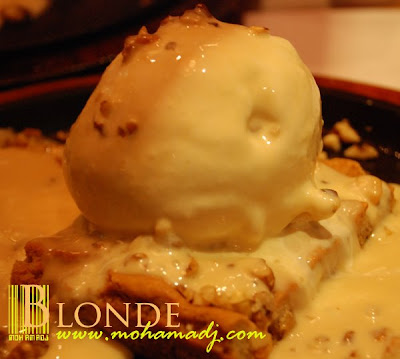 In the end As, Izam's wife suggested to have Blondie. It was delicious and yummy. The base is sweet and it has an ice-cream topping with sauce.

It was a lovely night. I remembered Izam once told me, a few years back he told his wife, "I wish I could work less but earn more money" and As replied at that time"In your dreams".. But now Izam's dream came through he works 5 days a week and his working hours is only from 7.00 am to 2.00pm. Isn't that great? May allah bless all of us ...

Word to ponder... Always remember when we faced with some difficulty now it is to prepare us for a better future. Like in the case of Izam...

Posted by Mohamad at 11:08 PM
Email ThisBlogThis!Share to TwitterShare to FacebookShare to Pinterest