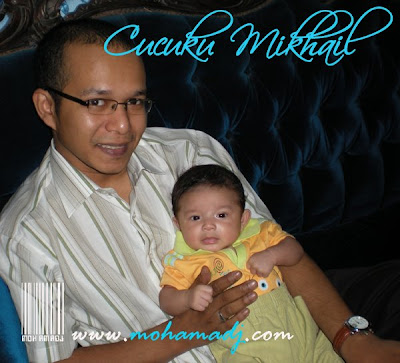 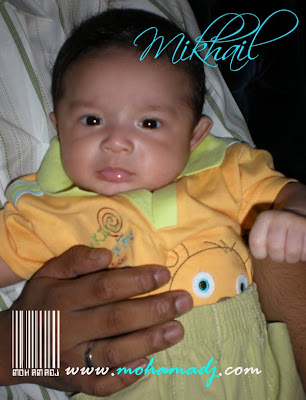 A good friend of mine Zak who was a teacher at the local school more than 20 years ago about his student named Yann. She said "I pity this guy who had to survive doing odd jobs and at the same time going to school". I told her " Well if he likes I can adopted him". So he stayed with me during weekend and during school holidays. After SPM, he worked as a waiter. I remembered had tea with fiancee and he served us. I told my fiancee "This is my son" and she looked at me puzzled.

After I got married, I lost touch with him as he has moved jobs frequently until only recently about 2 years back where we were reunited. During those years I was wondering where his whereabout and kept praying that I will meet him again. For once it did cross my mind of going to TV3 Jejak Kasih programme.

Well Allah is great, he has answered my prayers all this while and to my surprise his work place is just a distance away from my office. I remembered vividly when I had dinner with my office colleague he came and served us. I was overwhelmed when he said " Hi Dad" and we exchanged our numbers.

We met again a few weeks after that and started to talk what we had gone through. I must say he has had one kind of life after the last time I saw him. Surprisingly he has gone and live in Japan and Jakarta as well. He also confided me about his wife to be and seek my blessing.

They got married last year and they were blessed with a son Mikhail in August this year. I did not manage to see my grandson as they were away in Kelantan during confinement. Thank you knowing that I am leaving for Qatar soon, he emailed me the pictures of Cucunda Mohamad Mikhail. I thank him for puting my name right in front of his son's name and told him to teach his son to call me Datuk Seri. Nak tunggu Sultan anugerah entah bila so suruh cucu-cucu la panggil nindanya Datuk Seri.

If you are reading this Blog Yann, Daddy doakan kamu hidup dengan aman, damai dan harmoni hingga ke akhir hayat. Amin. You are a good son and take good care or your wife and my grandson. May there be more to come. You know where to get me if you need advice and please do keep in touch. I don't want to loose you again.
Posted by Mohamad at 2:35 AM
Email ThisBlogThis!Share to TwitterShare to FacebookShare to Pinterest