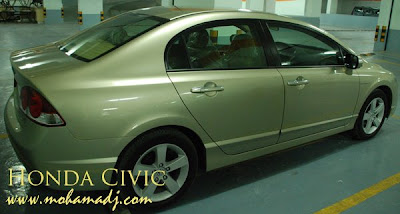 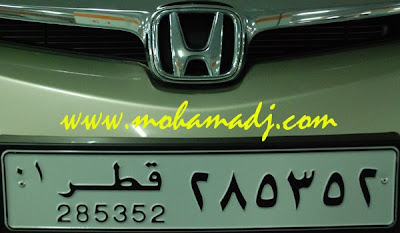 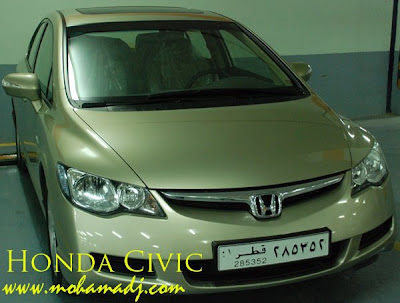 I initially thought I wanted to buy a bigger car. I prayed istiqarah a few times and still could not decide which one to buy. Among my shortlisted car, I had initially narrowed down to Honda and most probably CRV. But when I was at the show room and after test drive.. I had a little self talk.

Maybe I inherited it from my mom. I started to ask myself why do I need a bigger. My family is not here yet. I just need a decent transport to bring me from point A to B and finally Honda Civic seems to meet my specification. Leather seats, sun roof, auto cruise and a Life time warranty.

So after almost a week of waiting, I finally got it today, the same day the rain falls for the first-time in Doha this year and coinsidently the same day of the year I bought my NAZA three years ago 6 December 2008. Alhamdulillah. May Allah give us a phosperous life ahead of us.

So for this new car I like to name her Mayumi after the singer Mayumi Itsuwa.. with my favourite song Revival...

Posted by Mohamad at 9:05 PM
Email ThisBlogThis!Share to TwitterShare to FacebookShare to Pinterest