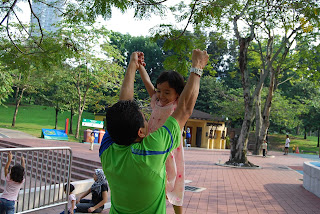 I was told to hold WaWa as such.. 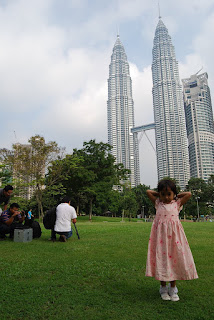 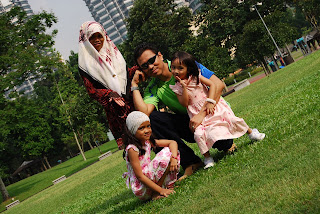 Me and my daughters after the photoshoot 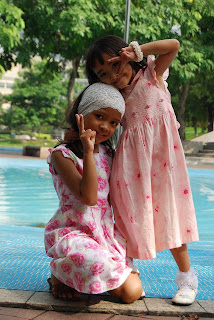 Our PR department, Yasmin called me last week informing me that she was looking for kids who can participate in the photoshoot for our annual report. I was featured on last's year annual report and this year they are looking for kids instead. I asked my youngest daughter WaWa or her full name Nur Leila Najwa, "How would you like to be a model?". She replied " OK". So today she woke up early and get ready to start her first modelling assignment. There were two shoots taken and to my surprised I was also involved... Inilah dinamakan Bintang Terjun... So after the photoshoot, I also took some more pictures for ourselves.... Any comments?
Posted by Mohamad at 4:50 PM
Email ThisBlogThis!Share to TwitterShare to FacebookShare to Pinterest