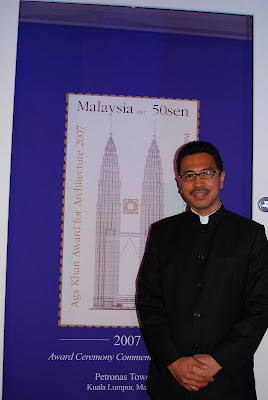 The function was held at PETRONAS Philharmonic Hall.Being in there reminds me of the days of my involvement on the project. I was involved briefly on the design coordination issue of the hall and also managed to visit the factory of the pipe organ in Germany. It was the first pipe organ in Malaysia and it was interesting to see how pipe organ was constructed. A detailed and delicate process. It was another building design by Cesar Pelli. 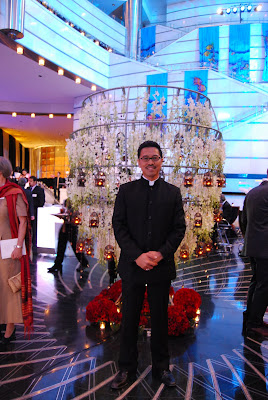 Another surprises I had for the night was the project I was involved with previously namely the PETRONAS Twin Towers and Univeriti Teknologi PETRONAS both won the Aga Khan Award in 2004 and 2007 respectively. This year out of 394 nominee, 27 were shortlisted and only 9 receive the awards.

I remembered the late Tan Sri Azizan who mooted the project once asked, "What it takes to win a Aga Khan Award". Now his dream has came a reality... I strongly believe in the power of dream... So don't waste your time continue have big dream and set high goal to reach your dream. Insyallah if you strongly believe you will achieve it....You will achieve it one day... The only thing is you have to do is have clear objective, stay focus and be positive. 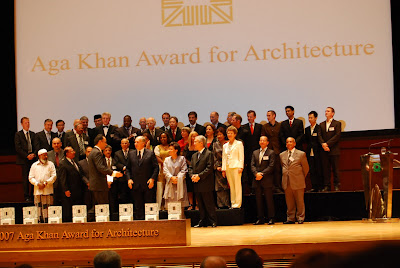 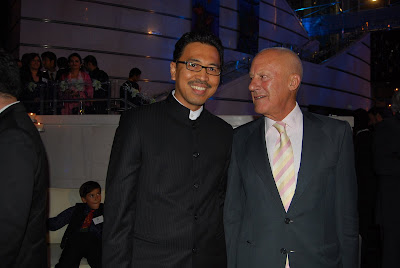 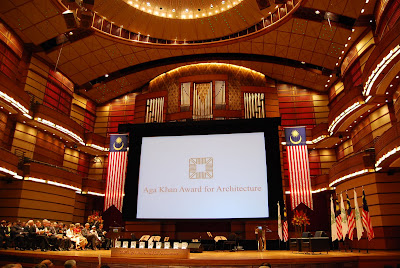 Tonight was a very inspiring night for me to see the effort we had so far is being rewarded. I am glad to be part of the project team to make the vision into a reality. I am also glad to know Lord Foster in the function and had some pictures taken with him and his wife....

This memorable date will be captured in my diary and the nation has also captured it by launching the first Day Cover and stamps for the occasion..
Posted by Mohamad at 8:02 PM
Email ThisBlogThis!Share to TwitterShare to FacebookShare to Pinterest