Assalamualaikum and Good Day to everyone,
I received a call and sms recently, people greeting me as if I was an instant celebrity. I was featured in the Man Made Marvels programme on Dicovery Channel. I am proud to be associated with the country's icon The PETRONAS Towers. To me it was a dream comes true. I remember way back in 1994 where I passed by Jalan Ampang and saw advert on the new city centre KLCC. I wish I could contribute in the building of the nation. September 1994 was the begining of the new era for me in my engineering career. The dream which seems to be impossible has became possible and I always advise my friends, it doesn't cost you anything to dream and to dream big. 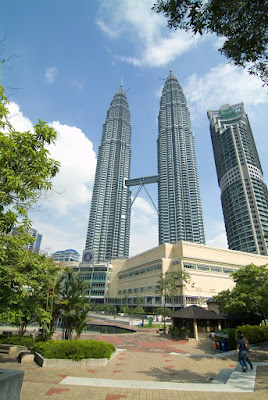 I was fortunate to be with this company which has enable me to go and visit almost half of the world to have dealing with foreign consultants, attending meetings and factory acceptance test.

I also like to share my experiences I have attained during the years with friends having the same dreams and wanting to be someone significant in the future. I rememebered the saying of Dato' Fadzilah Kamsah, " Orang yang terbaik ialah orang yang dapat memberi munafaat pada orang lain.." That is what I have been preaching my friend and children. I always told my children that I have contributed something to the construction of the nation icon; the PETRONAS Twin Towers and encourage them to be someone significant in their field as they grow older in their lifes. On the eve of 50th merdeka day, I am also proud to be Malaysian and with this little contribution of mine. 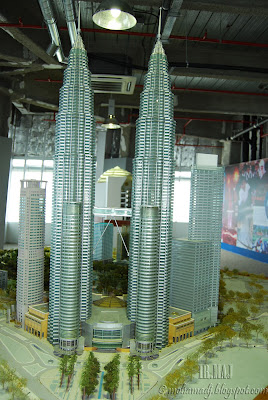 I am currently working on a new project a 59 story building next to the Twin Towers which is schedule to complete in 2011. Hope to have your prayers for the success of this new project of mine.

Thank you for all the compliments by fellow friends after watching the documentary. For those who still have not watch it. Stay tune to discovery channel Man Made Marvel PETRONAS Towers. The repeat will be aired on September 3 2007.

Thank you again...
Posted by Mohamad at 3:31 AM
Email ThisBlogThis!Share to TwitterShare to FacebookShare to Pinterest

pRouD tO bE mALaYsIaN...
bEcAuSe oF...
wHat wE haVe tOdaY...
LiKes PetroNas TwiN tOwEr...