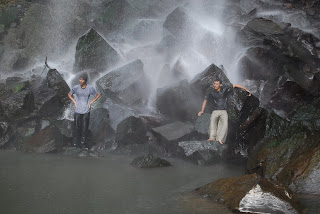 It has beeen quiet sometime since I last went to Indonesia. 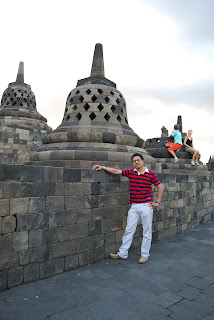 Indonesia has changed my perception and perspective about the people especially when I see Jakarta to be 8 times bigger than Kuala Lumpur. The politicians need to do more for the 200 million population that they have. You just see people everywhere.
My first trip there was just by shear coincidence.... I managed to get the offer ticker of RM49.90 return on Airasia and supposed to go there with a good friend of mine Masnoor. We supposed to board the plane in Johor Bahru. I was living in Ipoh at that time and had to fetch him in Kuala Lumpur. With all the excitement of going to Indonesia turn sour when Masnoor was not able to go since his passport was due to expire. Goosh! I am going there alone!. I didn't book the hotel and I said to myself worst come to worst I would board the same plane once I reach there should I don't have any assistance.

Masnoor gave his 'Adek Angkat' hp number Andy and I also have my 'Anak Angkat' Dimas hoping one of them will be there to assist me. Thank god Dimas waited for me at the airport and assisted me with the hotel and be my guide when I was there. That was when I met Ariwibowo @ Plaza Indonesia. Indonesia is big city and I just couldn't image how people survive there. 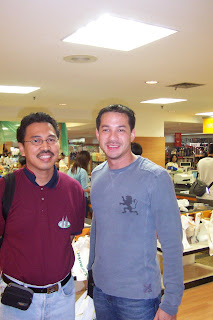 I when for karaoke with Dimas and I heard for the first time the Sharul Gunawan's song Janji.

My subsequent trip i went to Bali, Jogja and Solo.....


So last week we had another trip to Solo to visit my bro in law there. Nine of my family members went including my mom and brother. We depart on Friday morning and we went straight to Pasar Kelewer as soon as we arrived. The next day we went to Jogja and visited Borobudur. We also went to Tawangmanggu a water fall off Solo... very refreshing and scerene.
Posted by Mohamad at 2:45 AM
Email ThisBlogThis!Share to TwitterShare to FacebookShare to Pinterest